The general public is welcome to use depository materials free of charge.

How to Read the Call Numbers

Wish you could have government information always at your fingertips (i.e. on your smartphone or tablet)? USA.gov is here for you!  Check out their Federal Mobile Apps Directory --

About the Government Documents and Maps Department

Circulation:
Most government documents may be checked out at the Circulation Desk

What are Government Documents?

West Chester University is a Selective Federal Depository for documents from the United States Government Printing Office (GPO) and the Commonwealth of Pennsylvania.  The library receives 26% of the material produced by the GPO; this material is selected on the basis that it supports the University's curriculum and the needs of the West Chester community.

The GPO is the largest publisher in the world, and the documents it produces register the activities of the agencies, offices, bureaus, and departments of the federal government. These documents include such things as Congressional hearings, reports, and all of the other texts created and used by Congress; US Census reports; national crime data; publications produced by government bodies such as NASA, the Environmental Protection Agency, the Center for Disease Control, etc.; and all other kinds of documents released by all of the Federal agencies. 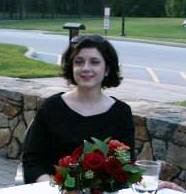 Let us know what we can improve by commenting on our Facebook page or by tweeting to us!