Neal Kenney leans against the counter in the Circulation Work Room in FHG Library as he warms up his arm like a relief pitcher. He is about to help scoop ice cream for 200 hungry students who are in the library for the Academic Success Program. Neal scoops ice cream for over two hours, greeting students with a smile, full bowls of ice cream, and kind words to help them celebrate their accomplishments this summer. Neal’s willingness to help is one of the traits that came to define his 32-year career at University Libraries.

In a lot of ways, Neal was a Golden Ram “lifer.” He graduated from WCU in 1980 with a BA in History. He followed that calling all the way to the Lincoln Home in Springfield, Illinois, where he served as an interpretive park ranger for the National Parks Service. Neal held a similar position at Valley Forge National Park before accepting a part time position in Circulation at Chester County Library. 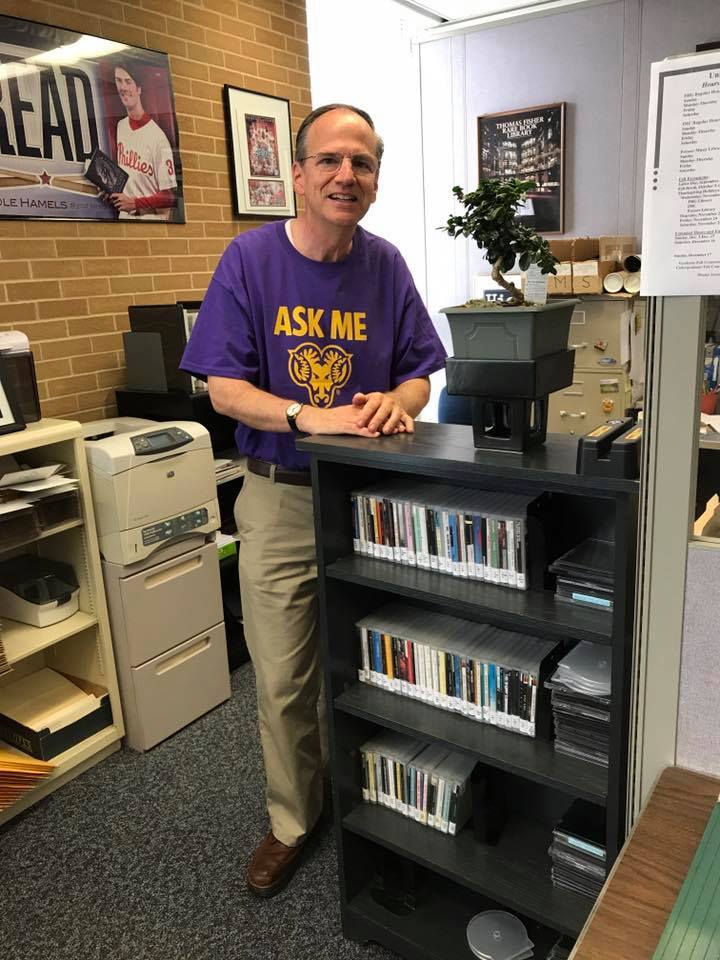 Neal in the Interlibrary Loan Office in 2017.

Even as a student, Neal had his eye on one day working at University Libraries, hoping the right position would open. As fate would have it, a part-time job opened in Circulation at FHG Library, and Neal applied. He was hired in January of 1987. “As soon as I got the job, I knew I wanted to keep it for a long time,” Neal said. “I liked it and felt comfortable doing it.”

Neal served in many different roles at University Libraries, including as a part-time administrative assistant to former Library Director, Frank Helms, in 1987. He was hired for a full-time position in Circulation in 1988. A few years later, Neal was given an assignment in Special Collections and Interlibrary Loan, where he worked for the remainder of his career. In Interlibrary Loan, Neal helped process books when they arrived from other libraries, prepared them for checkout, and notified patrons their materials were available. Working in Special Collections, especially on the Daily Local News archive, fed his love for history.

“Working on the Daily Local News index is sort of like writing a little history book about the community and the university,” Neal said. “I started working on it when the Special Collections Librarian at the time, Jerry Scholcoff, needed help. I’ve been doing it ever since. I read the Daily Locals and use articles from there and put it in our database in Special Collections.” 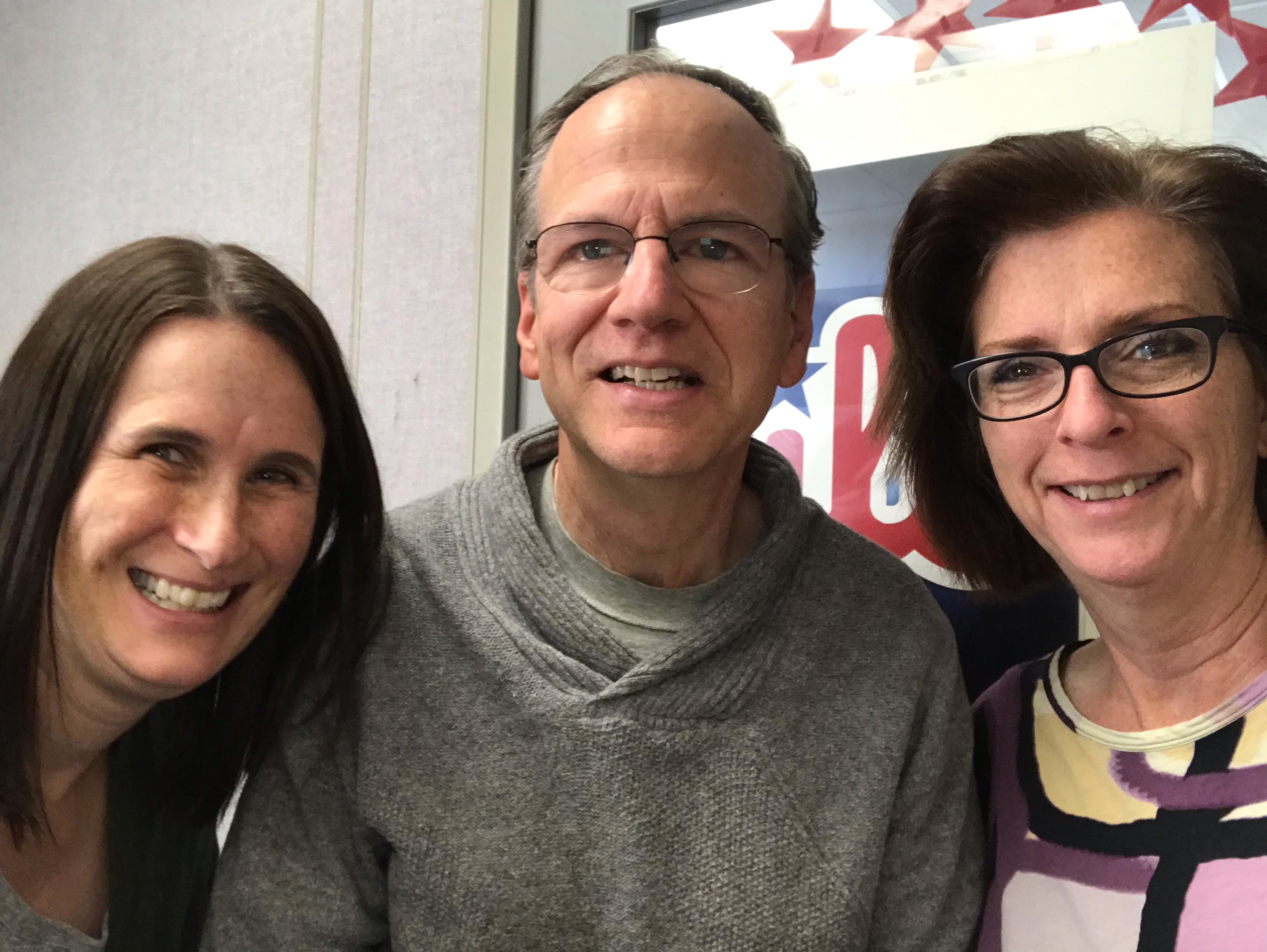 Empathy was extremely important to Neal during his time at University Libraries. He led the Sunshine Committee for over two decades. When someone got sick, lost a family member, or celebrated a big life accomplishment, Neal did his best to make sure they knew they were seen and valued. He also organized peanut butter and jelly drives to benefit local food banks.

“Neal cares so very much about his co-workers – past and present – and always wants to be sure that people know he and the library faculty and staff care about them,” Interlibrary Loan Technician Jenn O’Leary said. “He cheers people up and makes them feel like their workplace really cares about what they are going through. He’s an ambassador for the library as a whole when it comes to caring.”

Neal impacted so many people during his time at University Libraries. He strove to preserve the history of our libraries, as well as our university, through Special Collections projects. Neal joyfully gave his time and memories to identify staff and faculty members in photo archives and provide information about library history. 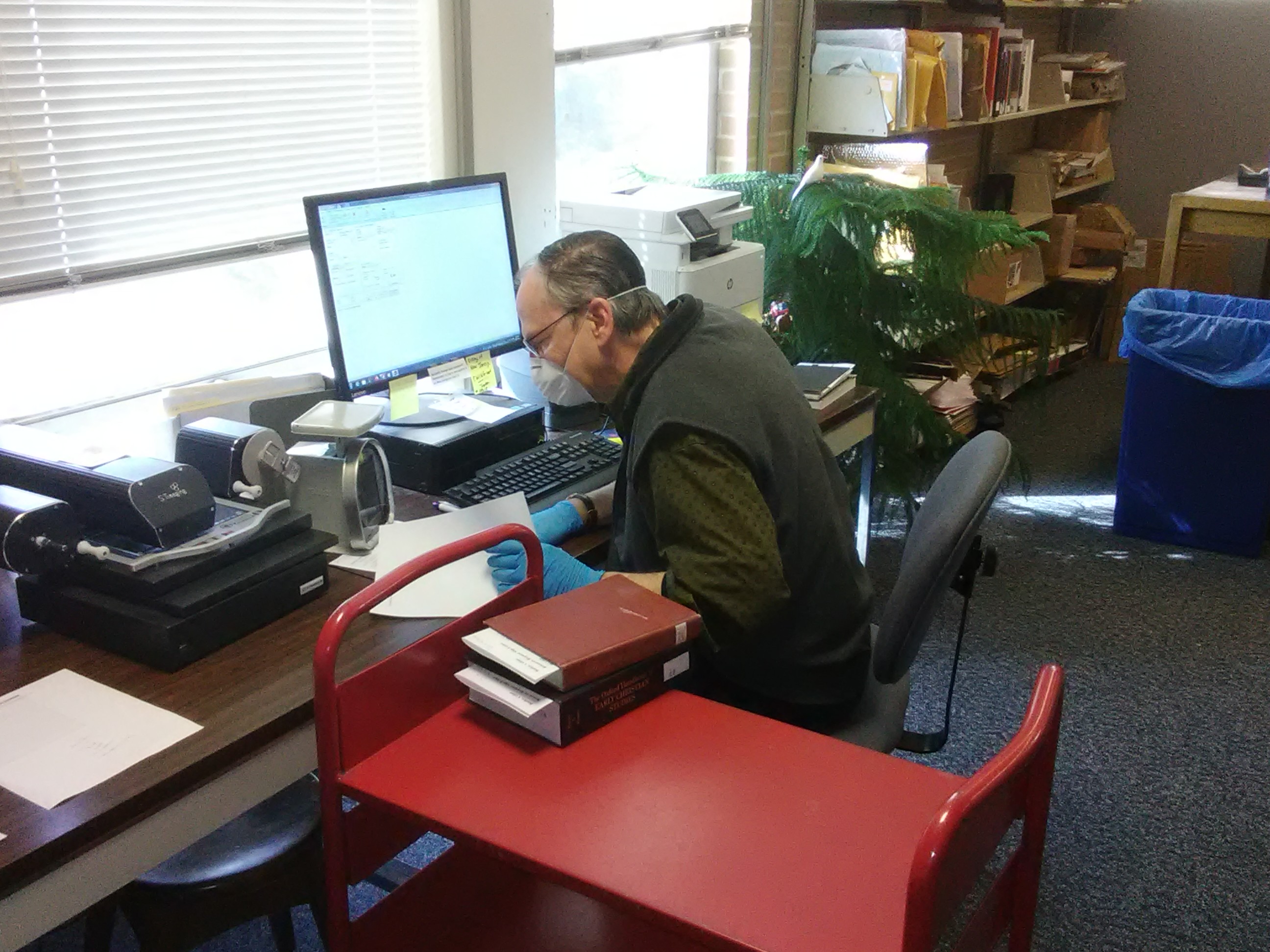 Neal Scanning Books in the Interlibrary Loan
Office this Spring.

Thousands of students got the materials they needed for their assignments, including during the Covid-19 pandemic, because Neal rolled up his sleeves and got to work. As Special Collections Librarian Ron McColl said in a tweet when Neal’s retirement was announced, if there was a University Libraries Hall of Fame, Neal would be, “a first ballot hall of famer.”