I happened to stumble over this topic accidentally, but this week’s post is dedicated to James Cagney. I had written about his film  White Heat back in July, and then happened to check out the film Footlight Parade [IMC DVD 791.43657 F689 2006] where I discovered that he was in it as well! I hadn’t realized how versatile he was as an actor, so I researched a couple of his movies and brought home Yankee Doodle Dandy [IMC DVD 782.14 Y23 2003] and The Public Enemy [IMC DVD 364.106 P976 2005]. 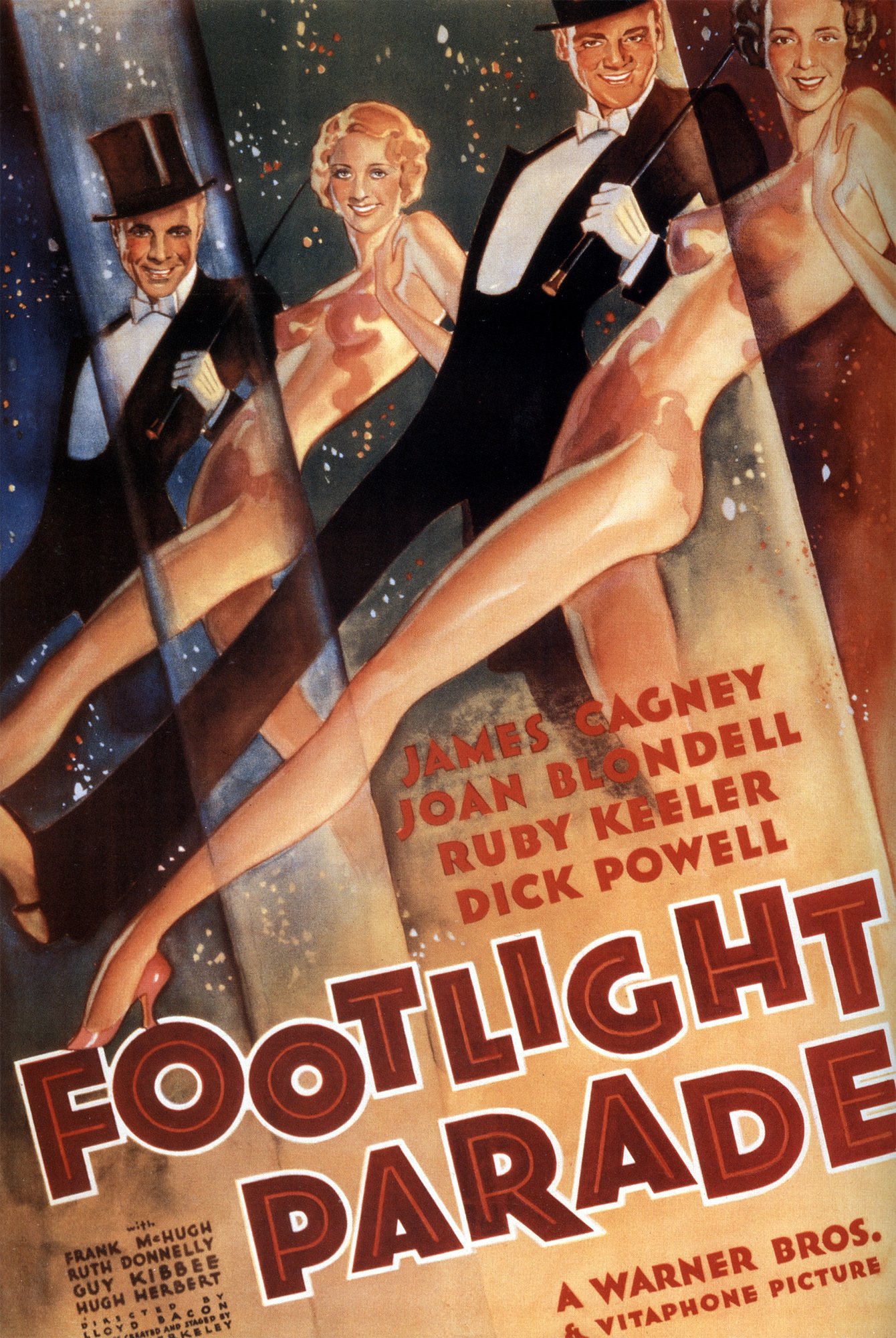 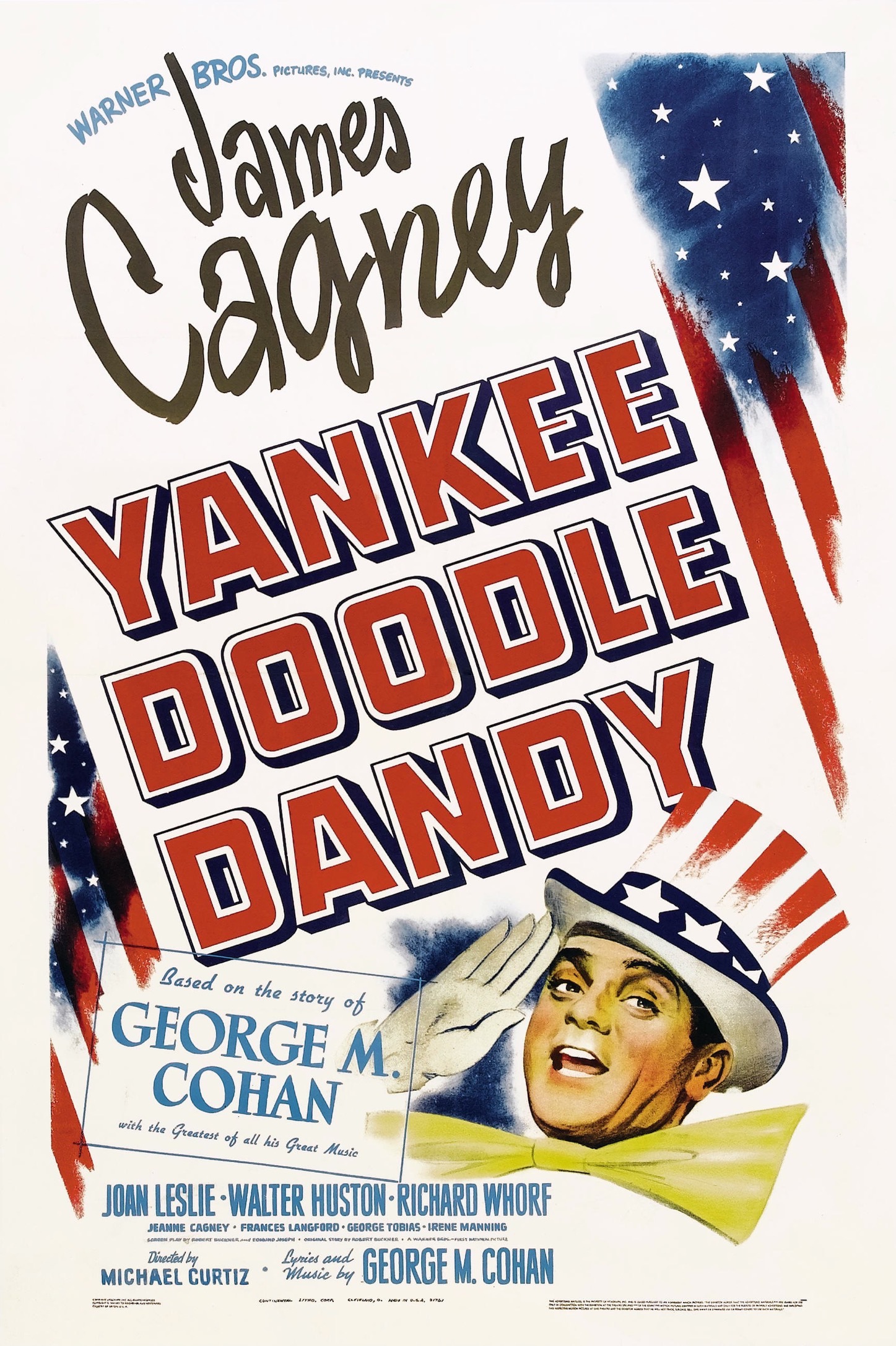 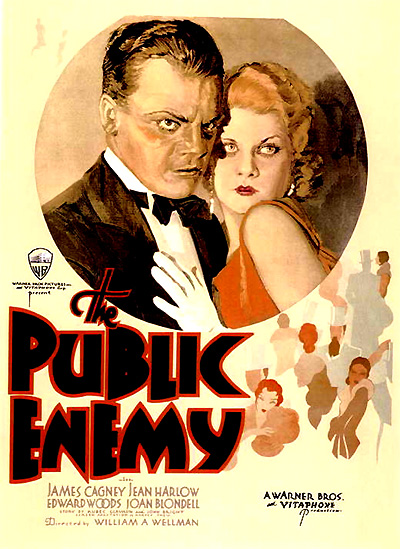 Footlight Parade is an early musical film where James Cagney plays a struggling producer who isn’t able to compete with the “talkies” that are coming out and have better replay value in various venues around town. He comes up with an idea to create shorter musicals and have those scenes travel around to various venues instead. He is supported by some great characters, but later finds out that his partners have been swindling him and his last chance to make money is to come up with the best 3 shorts in a couple days. This was a fun film and the best part is Cagney’s enthusiasm and performance throughout. If you’ve only seen Cagney in mobster films, this film really helps to give his acting a new dimension.

My second film was Yankee Doodle Dandy because how can you resist Cagney in a full-blown musical? This film is actually a biopic as well, based on the life of George M. Cohan, a Broadway legend. The whole film is Cohan recounting his life to the President, starting with his early life in vaudeville acting, and culminating with him finally writing the play Yankee Doodle Dandy and getting it produced. Cagney is wonderful and the role landed him the Academy Award for best actor that year.

Cagney’s last film that I watched was The Public Enemy, the film that first gave Cagney his reputation for mobster films. This was also Cagney’s first big film, and originally the casting was switched with his costar Eddie Woods scripted to play the main character Tom Powers instead of Cagney. However, when director William Wellman saw Cagney act, he decided to switch the two roles and gave Cagney the lead instead. If you look close at the early scene when the two characters are still children, they didn’t refilm those sequences, so the boy playing Tom looks more like Eddie Woods and the boy playing Matt Doyle looks more like Cagney. The movie is a great one, and Cagney again shines.

The IMC has a new DVD display featuring your favorite back-to-school films. If you want to track your own film travelogue adventure, you can do that here: https://letterboxd.com/peterstanley/list/1001-movies-you-must-see-before-you-die/ .