Evolving into the Codex

This week's term is: Codex.

Have you ever come across the word codex and wondered what that could possibly mean?

A codex (plural: codices) is an ancient book of bound or even sometimes unbound sheets in a manuscript (meaning they are written by hand). These handwritten pages are often made of paper, vellum (prepared animal skin), parchment or papyrus.

Information from ancient times was often written down and kept in scrolls, but that proved difficult to retrieve information quickly. Instead of having to unroll the entire scroll, one could create an index and simply flip to the last pages of a codex. This development created the form of a book we still use today. 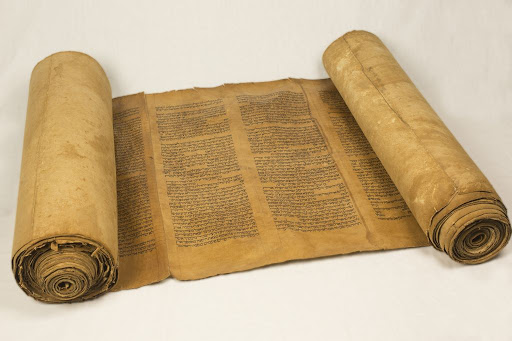 While contemporary books use the same design as ancient codices, the actual term codex is now almost exclusively used to refer to those ancient books that are written by hand (manuscripts).

Codices have been used since as far back as the first century, and the format has continued through to present times. 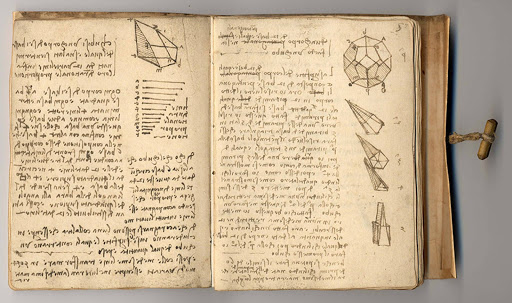 Even Da Vinci's notes were recorded in a codex format

So does the music library have an example of a codex? Of course we do!

The Presser library has a reprinted copy of the Medici codex. This codex, filled with motets, was a gift for the marriage of Lorenzo II de’ Medici and Madeleine de la Tour d’Auvergne in 1518. This gift is thought to have been given by Pope Leo X himself.

Gifts of musical books were common during the Renaissance. These books were often highly decorated with illuminated (decorated, often taking up a lot of room on a page) pages, requiring a lot of dedicated time from an artist. This gift also required well trained composers and musicians to play the music. Because of the incredibly specific skills needed to create, as well as perform from a codex, these gifts became a way for families to prove how wealthy they were. 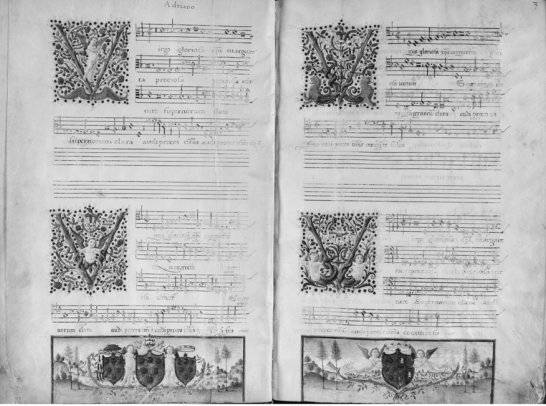 Example of illumination (in black and white) from the Medici codex

West Chester has a few codices of its own. One example is the Codex canonum ecclesiŒ primitivŒ vindicatus ac illustratus (1678) by William Beveridge (1637-1708) is available in the Francis Harvey Green Library in microform.

The Medici Codex of 1518 can be found in the Presser Music Library.